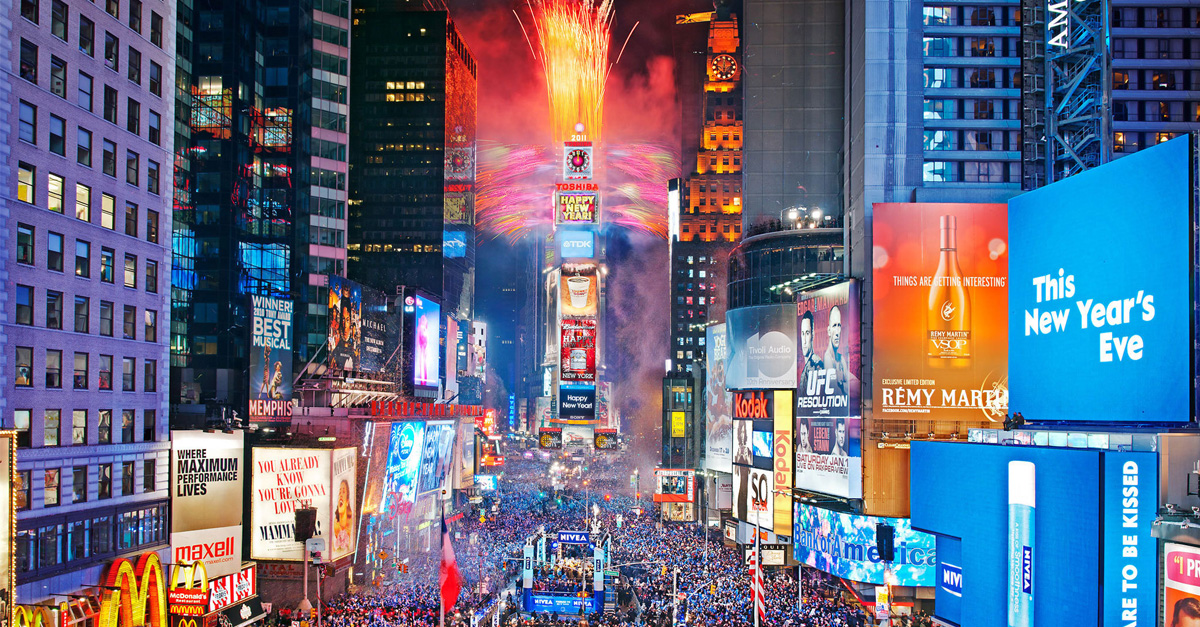 The answer is clearly no. But you know we don’t like to leave things unexplained, so we’ve been doing a bit of research and want to share with you some popular NYE traditions around the globe.

In 1909, there was an excellent harvest of grapes in Alicante (South of Spain), so wine growers popularised the this custom, to sell all the extra grapes!

Oh, and if you celebrate Nochevieja (how they call New Year’s Eve), be ready to go out until the morning and then have some hot chocolate with churros for breakfast!

Danish people basically go to their friends’ and favourite neighbours’ front door and smash some plates right on their doormat. It’s a bit like a contest where the more broken plates you find at your door the morning after, the more popular you are.

Neither, it’s all actually about money. Every round object represents coins, so surrounding yourself by round objects, you’re supposed to attract money.

Turkey started celebrating NYE in 1925, when they switched from the Islamic calendar to the Gregorian calendar. And it was not until 1935 that it was considered an official holiday! About how they celebrate it, they usually spend the evening with their loved ones.

As for traditions, they usually wear red underwear, colour that is usually considered evil, but that that night is thought to give good luck.

Japan: saved by the bell

In Japan, temples ring their bells 108 times at midnight 31st December to celebrate the arrival of the new year! This tradition is based on Shinto religious traditions. And then, on 1st January, they spend the day celebrating “firsts”: the first sunrise, the first visit to the temple…

What a mix, huh? Italians believe eating lentils on NYE will bring them money for the new year. And they wear red underwear because they believe it will give them good luck.

In Venice, though, something very special happens: a mass kissing. Nothing less than 70.000 people gather up for a mass passionate kissing session. That’s what we call starting the year with a lot of love.

What is your favourite NYE tradition? Does your family do something special to welcome the new year? Let us know on the comments, or on our Facebook page!

Low Grades: What to Do When Your Child Does Poorly at School

Travelling with Kids Without Wanting to Give Up On Life